Devoxx4Kids is an international NGO that aims to:

Devoxx4kids Morocco the Moroccan chapter, that I'm proud to be part of, did a great job this year with a road show that covered many cities such as: Casablanca, Tangier, Rabat, Marrakech... and taught more than 500 the initial principles of programming, electronic and robotics.

The last stop was at Fez, in partnership with the ministry of education, where we welcomed near to 60 kids with a boundless energy to learn new things and to compile their first ever program.

Watching kids at #Devoxx4KidsMA asking questions, answering, & playing with code reminded me once again how much fun programming is.

Kids also enjoyed at the end of the day a small workshop about VR, in which they traveled to dinosaurs age using Samsung Gear VR.

I'll let you revive best moments of our last 2016 stop with this Youtube video and Flickr Album : 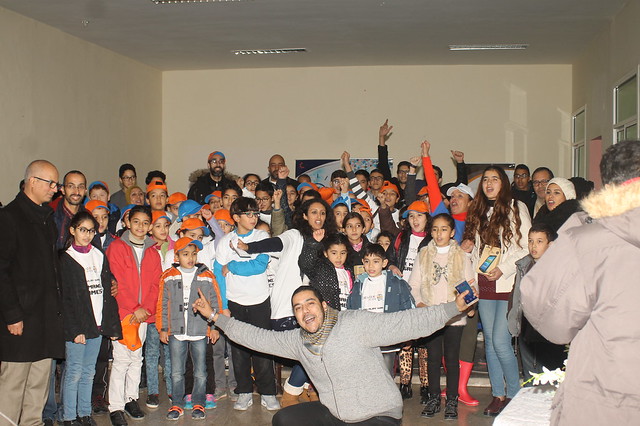